Who the Hell is Marc Perkel 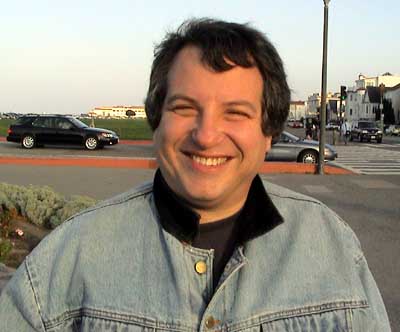 As a visionary of the computer industry, I have become a minor celebrity in the world of nerds. I'm the Supreme Commander of the Nerd Liberation Movement. We're coming out of the Back Room. I'm so smart that the government wants me to register my brain as a weapon. I'm the most dangerous mind on the Internet. I'm also a writer and the author of Thinking Magazine. I'm a political activist and a member of both the Democrat and Republican parties. I have web pages for Republicans for Clinton and the official Dirt on Dole web site. I also started the first Gore 2000 web site, so when Gore wins maybe I'll get to stay in the Lincoln Bedroom. I've also written the Journalist's Guide to the Internet and how to get Letters to the Editor published in newspapers. I even got a letter from President Clinton thanking me for a letter I wrote. I'm also exposing the vast right wing media conspiracy and how the Moonies control the press through the Washington Times. My secret service code name is Yoda.

I'm the owner of a small software company, Computer Tyme, developers of MarxMenu and the Network Survival Kit. I write utilities for managers of large networks. I also write technical and computer industry related articles. I have a web page explaining How to get MsDos 7 out of Windows 95 as well as pages about problems with Novell's Directory Services and the little known history behind Novell's purchase of Digital Research. I've written a program that converted the famous Ralf Brown Interrupt List into 8000 indexed HTML pages and put them on line for programmers to research. I've also converted the Linux Man Pages to HTML. I was also the Systems Administrator for the Electronic Frontier Foundation for a few years. Longest real job I ever held. Now I have a Web Hosting Company and I sell spam filtered email accounts. My spam filtering company Junk Email Filter filters out billions of of spam emails and my black and white lists are used worldwide to help the good email get through and the bad email to be blocked.

I am tired of getting screwed over by greedy opportunistic lawyers and crooked judges. I'm founded the People before Lawyers movement to restore honor and integrity to the American legal system. I believe it's time to restore the checks and balance system to the constitution and bring in external regulation to the justice system. I Ran for Congress because I have such little respect for the Government.

I'm also a funny guy. Ever since I was a kid people used to say, "There's something funny about that boy!" And they were right. I look funny, I smell funny, I am funny! I'm free and single again and I'm out enjoying my male midlife crisis. I wrote a Men's Guide to using Escort Services and I'm writing an Instructional Book on Sex. I have no Ruth and I have no Couth! I'm your typical male, and I'm only good for one thing. I'm a weird person and I like hanging out with weird people who have accomplished weird things.

Sometimes people ask me, "Why are you here?" as if there's some divine purpose to my life. I am here because a condom broke. They didn't make them as good back then as they do now. My dad still won't admit it and tell me what brand he was using so I can write the company a letter. I'm trying to clone myself in my basement before Congress makes it illegal.

People often ask me about my religious beliefs. I believe in reality, the way it really is. That's why I'm starting the Church of Reality. I believe the earth is round and that it orbits the sun, which is part of the milky way galaxy, one of billions of galaxies in the universe. I am a chemical pattern that exists on a speck of dust in the universe for what is comparatively and instant in time. I believe that there is probably life on other planets, but that any life that is capable of traveling the universe wouldn't find this planet interesting enough to warrant their attention.

I believe that all other religions are cults although most aren't as bad as the Moonies. My definition of religion is the belief in something that doesn't make any sense.

I call myself a "realist" because I reject categorization. I fit no categories so don't even try to label me. I'm an odd ball and that's my best feature. I enjoy living an interesting life.

I've given up on the idea of attempting to act "normal" so don't ask me to even try. I am what I am and if you don't like it, blame God.

I have no formal education other than high school. Self taught in electronics, I built my first computer in 1972 out of pin ball machine relays. In 1973 I got a First Class FCC license with the Radar Endorsement and made a living repairing consumer electronics, hospital equipment, marine electronics, and custom designing electronic circuitry. As the CB radio craze hit, I found a lucrative career cranking up CB radios for truckers.

As CBs passed into history, I needed something new to get into and I decided computers was it. I learned computers the hard way. Out on the streets. Hanging around with other computer nerds in the late 70s who never went to college either. I was known as a Bit Wit. My first real computer was an IMSAI kit. Actually, it wasn't all IMSAI, it was a combination of several kits where no two boards came from the same supplier. It was in an IMSAI box, so I called it an IMSAI. 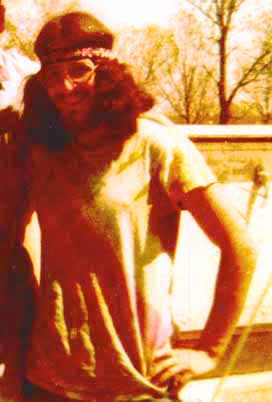 It was all supposed to work together the salesman told me the day before they went out of business. And it all did after some redesigning. I was tired of fixing CB radios for a living and decided that computers were here to stay and that I was going to learn about them.

With that in mind, everything that went wrong became an opportunity for growth. Not that I looked forward to things not working. I programmed the thing from scratch, loading binary codes into memory from an array of switches on the front panel.

The first program I developed ran the EPROM burner, which was the only storage device I had. After I saved this program on a chip, I used it to load the second program onto the chip.

I was intimately familiar with my computer. All my programs were in object code with no documentation whatsoever. At that point, a friend of mine, Rufus, turned me on to a language called FORTH.

Being an interesting language and very powerful, I typed in the whole compiler in hex and adapted it to work on my system. Once I got Forth up, I wrote a line editor in it. Then I used the line editor to write a screen editor. With the screen editor, I rewrote Forth in Forth. The language compiled itself.

From working with Forth (which is as much a religion as a programming language) I learned both good and bad habits. Forth is a write-only language and is almost impossible to read even with the best of documentation. On the other hand, it is as close to the machine as you can get in a high level language.

After opening up a computer store in 1984, it became time to make the jump from CP/M to the DOS world. Turbo Pascal offered an interesting solution. They had both a CP/M and DOS compiler. This meant that programs I wrote would run on both machines. The thing that struck me about Pascal was that I could read it better than Forth, and didn't even know the language. Not only that, but I could follow the programs that other people wrote and incorporate their code into my code.

I started my first real business in 1984 as a result of an LSD experience in 1982 where I figured out the business, social, and political world on night while tripping on acid. Since then I've had 2 successful retail businesses that made me a pretty good living until I made the mistake of Getting Married. Something no one who understands that laws of this country would ever do. I now run this small software company and would be doing well except for my divorce that started in 1994 and that's likely to last forever.

Besides software I'm trying to make a buck with my web server and I do a little free lance consulting for business who want the ideas of someone like me who has the "vision thing".

A project of the People's legal Front